COGENS (www.cogens2019.eu) is a research project led by the Universidade de Santiago de Compostela, the Wirtschaftsuniversität Wien and Astrées, with a team that includes 17 countries. It is co-financed by the European Union (VS/2019/0084)

José María Miranda Boto, from the Universidade de Santiago de Compostela, and Elisabeth Brameshuber, from the Wirtschaftsuniversität Wien, are in charge of the academic coordination of the team. Christophe Teissier, from Astrées, helps them in this task.

This project follows the path of previous research by the INLACRIS network. The traditional structures of collective bargaining have been decisively affected by the crisis, as well as important features of the labour market. The current scenario can be described as a never-before perceived evasion of labour law, where traditional structures are eroding.
The challenges labour law is facing right now due to the gig economy, digitalization and the erosion of the employment contract promise to be severe and long-lasting. The main proposal of this project is a deeper look into collective bargaining as possible instrument to tackle the problems arising from the changes in the standard employment relationship.

Collective agreements, though, could quite easily provide a means for including persons working in the gig economy-context and thus granting minimum protection, as reflected by the ILO-report on non-standard employment.

Within this framework, the present call for papers is issued to add new points of view to the final Conference of COGENS, that will take place in Santiago de Compostela, Spain, on the 17th and 18th September 2020. The selected papers will be published in a special issue of the Hungarian Labour Law E-Journal (http://hllj.hu/).

As the COGENS project deals with collective bargaining and the gig-economy, three different tracks are offered:

Scholars and practitioners interested in presenting papers at the conference are invited to submit a proposal according to this template before the 1st December 2019, via e-mail to taniafernandez.saborido@usc.es :

By proposing a paper, the applicants agree to submit the full paper by Monday, 31st August 2020, the latest, according to the publication rules of the HLLJ: http://hllj.hu/letolt/szerksza.pdf. The submission of the paper is compulsory in order to participate and present the paper in the Conference.
Proposals will be subject to blind peer-review by the Scientific Committee and the selection will be announced before the 1st March 2020.

A maximum of three proposals will be selected in each track, and they will be presented in special sessions in the final conference in Santiago de Compostela. The authors of the papers selected will pay a reduced inscription fee in the Conference of 50 euros.

The Scientific Committee will choose the best paper presented, and the winner of the INLACRIS Prize will be announced during the gala dinner of the Conference. 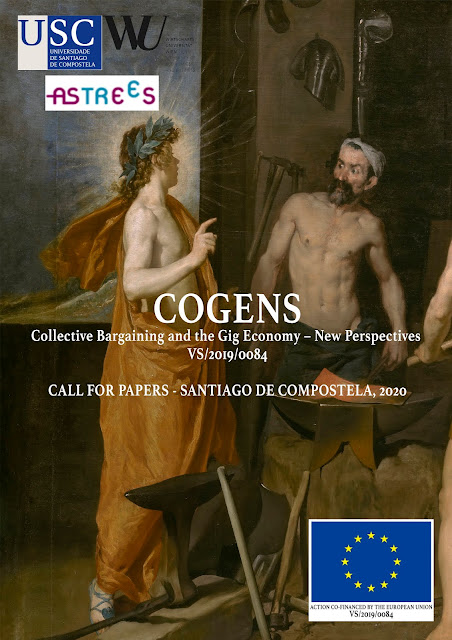 Popular posts from this blog

Italy 2018 - Collective agreement - Riders will be included in logistics